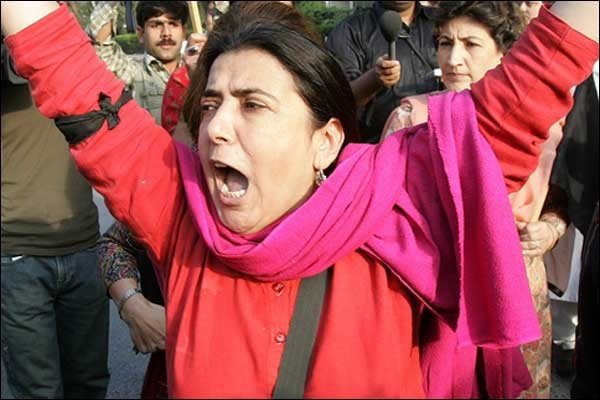 In Pakistan, a popular way of showing support is to wear a black arm-band. I would go buy a black suit but I think I might break some Pakistan Bar Association or Johnny Cash Appreciation Society rule. So, in the meantime, just more news.

It is heartening, seriously, to see so many people, putting so much time and effort, and standing up by the side of Pakistanis. Some upcoming protests in the United States (thanks to Anil for sending word):

Washington, D.C.: Demonstration to express opposition to General Parvez Musharraf's declaration of a State of Emergency on November 3, 2007, his order to suspend the Constitution and his subsequent actions against judges, lawyers, activists, journalists and academics. Where: Pakistan Embassy in Washington, DC When: Sunday, November 11, 2007 from 1-3:30PM.

The crude and brutal suspension of law and the legal system in Pakistan, and the repression of judges and lawyers there, require that we take a moment from our own busy schedules and demonstrate our concern.

Because the images from Pakistan show the violent repression of Pakistani lawyers wearing their customary dark suit and white shirt, we request that you appear on Tuesday in similar attire, though this is not required. What is important is a strong show of support. We hope to see you there and encourage you to distribute this as widely as you can. Thank you.

Akron, OH: Let's show our support. Bring yourselves (and even a sign if you wish), and come to the Courthouse. Let's send this out to your/our list serv(s) to spread the word. It may be last minute, but it is a small sacrifice (infinitesimal) that we are making, compared to that which our fellow lawyers are in Pakistan.

See you Friday at noon in Akron -- try to make it there, or anywhere a courthouse can be found!

I will be away from the internets for the next 2 days. Send me news, if you can, via email. 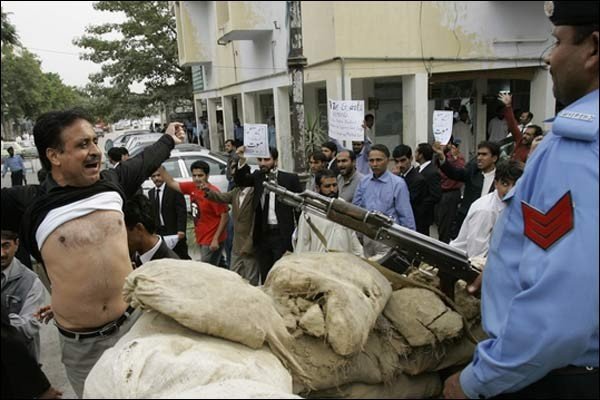 The situation is insane. If I were in Pakistan, I know I would not protest because ultimately there is no point. But I have heard from relatives in Islamabad involved in both peaceful and non-peaceful protests. Of course the violence has not been on their side, but the cause of the government and police. And they have broken bones as a testament. Whatever 'normal' is, let's hope things return back to that. I'm not one who likes to place fault on just anyone. But can there be any doubt this disaster is being controlled by America? What a shame that Pakistan is a puppet nation, controlled by the U.S. government for many years.

@ cc: oh, come on. it's a dictator that's trying to keep centralized power underneath himself. you think the u.s. wants another repression-leading-to-islamic-revolution a la iran and the shah? give me a break, i think we've learned the blowback lesson. (( flips coin in cc's direction )) here's a quarter. buy some agency.

Oh, please. The American government is always what lays the groundwork for the huge muddles that manifest themselves later on. Wasn't it the U.S. who introduced and encouraged the Taliban in Pakistan and Afghanistan during the fight against the Soviets in the Cold War? Wasn't it the U.S. who gave Musharraf a perpetual blank check because he was needed to help fight against the "terrorists"? Of course, things never seem to work out as intended, right? The nations and the innocent civilians are the ones left to deal with all the B.S. that the "great minds" of the U.S. managed to leave behind. Every current affair that takes place today must be analyzed within the spectrum of the past two or three decades - at least - of history. Very little happens spontaneously. There is always a cause and effect. If you truly want to understand the mess Pakistan is in today, please go back to the beginning.

My friends it is easy,follow the money,(Who is bank rolling whom?) change British empire for US of A, change Indus army for current Pakistan army(clearing areas for oil and gas pipelines from troublemakers),Dick fighting to keep his energy policy secret all the way to US supreme court and winning. Need I say more?