[ Following is a guest post by Hannah Green. CM readers may remember her JLF diary from earlier this year. Green completed her B.A. in Asian and Middle Eastern History and South Asian Languages and Civilizations at Northwestern University in 2012. Since then, she has spent her time between the United States and India, writing and learning Urdu. Her work has also appeared in OPEN Magazine and Asia Times Online. Follow her on twitter: @write_noise.]

In the early 1980s, an idealistic young American and a group of Mujahideen trekked for thirty-six hours through the Hindu Kush Mountains, from Pakistan to Afghanistan, toward a battle. The journey would have been much shorter if the American had not been there. He was a burden to them, although he convinced himself he was there to help. His broad goal was to “be of service” to the Afghans, and the best way he could think of was to report their story, take their pictures, and convince the Americans back home to send more money and guns for the fight against the Soviets. (This would fail.) As he stumbled and fell through rocky rivers and cold mountain peaks, the Mujahideen helped him as much as they could. They carried his pack and his heaviest camera. They found fruit and picked it for him to eat, even as they themselves maintained the Ramazan fast. When the American could go on no longer, they carried him. To add to our collection of images of the region, it is good for us just to picture it. Mujahideen wearing sandals, feet bleeding, carry a sickly American in Italian hiking boots over dusty hills in the dark. 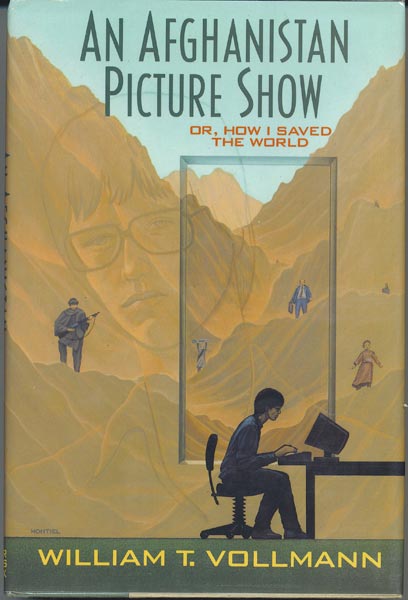 Reading this book feels like taking a journey with an eternally hapless guide. You see different sights, experience all kinds of rough and unfamiliar terrain, but never are able to hold your footing long enough to see what's really going on or to form an opinion. That's what Vollmann wants. His time in Afghanistan and Pakistan taught him a lesson about his own limitations, and those of his government. ”It continues to astonish me how easy it is to harm people and how difficult it is to help him,” he writes in his introduction to the 2013 edition.

In order to distance himself from the youth who foolishly believed he could be of service to the Afghans, Vollmann refers to his 23-year-old self as “the Young Man” throughout his narration. He recreates the sense of confusion and helplessness the Young Man experienced in Afghanistan, Vollmann jumbling vignettes about his failures and humiliation, descriptions of his weakness and illness, his distaste for the food, unsettling philosophical questions, various jabs that Afghani and Pakistani military leaders directed toward him, interviews of waiters, refugees, politicians and government employees, facts about Afghanistan, and anecdotes about his dreams and his past.

Read twenty-one years after Vollman initially traveled to Afghanistan, there is something retroactively radical about his eclectic portrayal of the region. The images he describes are common in contemporary media; men in pre-modern clothing carrying postmodern firearms (AKs, or as Vollman calls them in this book, Kalashnikovs), uneducated women beneath layers of cloth, mountains, deserts, poverty, violence. But the agenda behind Vollman's presentation of these images is completely different from what is typical today. The Young Man sees the Mujahideen as “freedom fighters”. This is the same broad group whom, after September 11, we were told “hate our freedoms.”, “What if the author had been killed in the one dismal raid he went on?” The New York Times' Annette Kobak wondered in her 1992 review of the book, “To have found an American among the mujahedeen in those days would have been a gift to the Soviets and devastated the cause he was trying to help.” Today, a dead American among Mujahideen would tell a completely different story. But in the 80s, when the Soviets were trying to take over Afghanistan, the Young Man thought that the best way to achieve the vague American goal of “spreading freedom” was to put as many guns in the hands of the Mujahideen as possible. 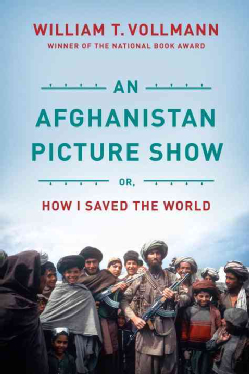 While the major events that have changed the relationship between Afghanistan and the United States may seem obvious, it is interesting to observe how our media repurposes the various images we get from these countries. The Young Man is disturbed by what he sees and hears about women's position in Afghanistan, but it never occurs to him that this is a reason to take away the autonomy of the Afghan people. His ideas about how best to “help” the Afghans are limited by the politics that surround him. Note how in 1985, the iconic image of “The Afghan Girl” in National Geographic was used to symbolize Soviet evil. Since the United States invaded Afghanistan, the condition of women has been used as evidence of Afghan evil. The same image has served to show the Afghans as victims, and as villains. This irony is central to An Afghanistan Picture Show, and the choice to reprint it.

Another trope that The Young Man's story seems to mock is that of the intrepid American adventurer. The memoire honestly depicts a kind of American traveler that is common but rarely portrayed with much depth. For every honestly tough cowboy type, there are probably hundreds of Americans who saw themselves as reckless voyagers until they actually moved beyond their own borders. Vollmann was one of these, and he more than admits it. He illustrates every false assumption, every arrogant misstep and physical failure with aggravating detail. Frequently, he alludes to the idea that his country's foreign policy suffers from delusions similar to the Young Man's.

But there is another inadequacy that the Young Man shares with many other Americans, including the ones responsible for conflicts overseas today. It's a resistance in the Young Man's attitude toward true intimacy with the country he is "helping", and to adequate preparation for its challenges. The Young Man's inability to get closer to his subject is his book's largest weakness, partly because he doesn't seem completely aware of it. While Vollmann acknowledges his false assumptions, arrogance, and foolishness, he does not sufficiently consider how he might have counterbalanced these problems. “After all, this book, as much as it originally wanted to be, is not about Afghanistan at all,” Vollmann writes in the 2013 introduction. “First and foremost, it portrays, far more than its shallow young author could have imagined, a certain kind of social relationship.” That's true, but I wish it were less true. Vollmann is rare in his ability to see and willingness to reveal unflattering facts about himself and his country. I wish he could have used the same insight to try to really understand Afghanistan, and the effects of foreign presences there.

The sections on “the matter of women” illustrate what the Picture Show lacks. While Vollmann is a gifted writer and observer of his own flawed thinking, he is a failure as a reporter. The information he provides about women was obtained secondhand, from other foreigners: “Levi said that men sometimes parked their wives like cars when they went somewhere, eyes facing the wall, and left them there for two hours,” or “Afghan women and girls tend to be malnourished. They eat last. Sometimes, a doctor in the camps told me, their families just let them die.” Vollmann reports these claims, but doesn't expand on them or show any attempts to verify them. He replaces the drive towards accurate information with philosophical quandaries. “Maybe,” he wonders to himself at one point, “it is better to be an Afghan woman than an American woman. I might prefer to eat last and to be protected from men's eyes by my thick black veil while I sat in my hot tent than, wearing my fashionable skirt, to eat all I want in some restaurant while enduring comments about my tits. Who am I to say?” It doesn't seem to occur to the Young Man to talk to an Afghan woman or an American woman in order to help clear up these issues during his time in Afghanistan. He uses the excuse that cultural norms keep him from speaking to Afghan women, but that doesn't prevent him from taking their photographs without their consent.

All of his barriers to effective information gathering could have been resolved had he admitted that he needed help. His Pashtu was bad- he could have found a better teacher or an interpreter. He couldn't speak to women because he was a man- perhaps he could have found one of the many women he encountered in NGOs to help him. His arrogance keeps him from getting a full picture of Afghanistan. He lacks the language skills and the ability to ask the right questions. The interviews in this book are a bundle of loose ends that lead the reader nowhere. (One of his most frequent questions is “how can the Americans help you?” Pretty useless all around since neither the Young Man nor the Afghans really know what “the Americans” have to offer.)

In the end, that's kind of Vollman's point, to show how difficult it is to understand a new country well enough to be useful there. While Vollmann does do us a service by pointing out this problem, his attitude is part of its root. The Young Man's ability to do damage in Afghanistan was relatively small (although he did put the Afghans he traveled with in danger by slowing them down inside a warzone). Fragments of the same resistance have been disastrous in the minds of more powerful Americans. Lucy Morgan Edwards, who has reported from Afghanistan for years, believes that the elements that are currently tearing Afghanistan apart are largely in place due to American laziness, misjudgment, and failure to listen to the Afghan people; “What is so tragic is that back in 2001, the west did have the opportunity to assist Afghanistan on its path to peace,” she wrote in The Guardian this April, “But myopia, jealousy and score-settling took precedence over dealing with the political problems that had led to the arrival of the Taliban.” Like Edwards, Vollmann also acknowledges the dangers of American arrogance and rashness. But like his government, he fails to listen adequately to the people he's trying to help.