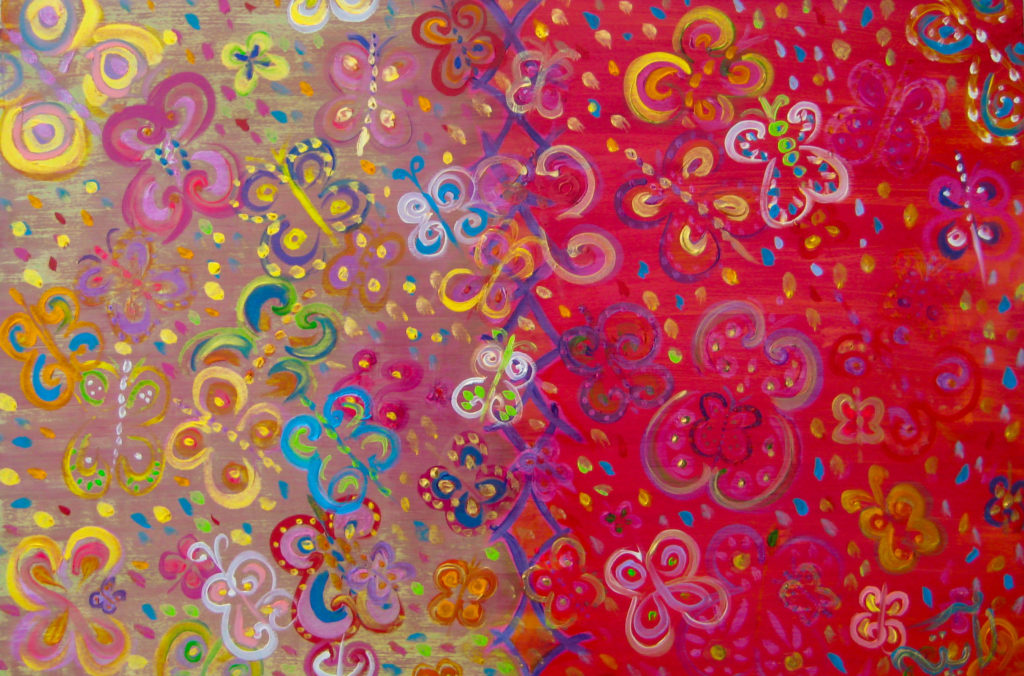 We need new metaphors. Many of us will feel tempted in the coming years to speak of Our Leader's 'black heart', to call him 'The Dark Lord,' or to opine that we have entered a new age of darkness. Yes, I know that speaking of evil in terms of darkness and blackness is rooted in and ancient fear of places that have no lightâ€”of the dark forests of Grimm, the Black Forest, of haunted houses, and frozen winter nightsâ€”but these fearful darknesses are easily elided with the pernicious racism in our culture that seeps into our language and overtakes our intellect whether we like it or not. I vote for orange to be the new tint of evil. Orange is the new black: it's already the name of a popular show. I love the color orange as much as the next painter, but it has many associations with evil besides the unnatural tint of The Small-Fingered One's skin: the color of prison jumpsuits, Agent Orange, 'nude' stockings, that crayon that used to be called 'skin color' but now is labelled 'apricot,' and the sickly orange tinge of night skies in smog-smothered cities.

The morning after the election I woke my seven-year-old daughter to get ready for school. I was shaky, nauseous, trying to not be weepy. As soon as she opened her eyes, she asked me cheerfully, 'Who will be president?' I told her the bad news. She sobbed and thrashed in her bed. As I held her, she asked if this meant we would move, as we had often joked. 'No,' I said, 'we'll stay and fight. We'll fight for our country.' She thought for a bit, and then observed mournfully, 'Well, at least the butterflies will be able to fly over the wall.'

So here's a metaphor for our new age, The Age of Orange: where they build walls, our political ideas will be the butterflies that can't be stopped by hatred, ignorance and violence. For the next four years, I pledge to use whatever means at my disposal, but especially art, to spread the ideals of true leftism and tolerance throughout this land awash in orange bile. Like the free flight butterflies, I will think of ingenious ways to make these messages seen and heard by a wide audience. I will use the internet and social media, which are being accused this week of cocooning us in bubbles of the like-minded, to traverse those barriers. I'll think of ways to depict climate change that will make people understand the real and present danger of blowing up our planet. I'll think of new ways to paint about tolerance, to make people question their racism and misogyny and Islamophobia. No, I don't propose we hug it out and accept those with repugnant views into our lives, but I call upon my fellow artists of all stripes to enlist in a quest to find new metaphors. We must break down words and images and sounds and start anew, so that knowledge, tolerance, and love have a chance of breaking through the coming orange haze.