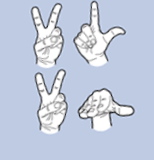 Wow, I totally missed CM's 4th anniversary. Four years, 1095 posts, 98667 comments and 207,778 spams have passed since the beginning. A lot has changed in me, and in my approach to blogging, and in the tone of CM over the years. I don't really know if besides Zack and Nitin and Sin, I have any of the earliest readers still around (excluding my prior meat-world fellows, sorry morcy). Internets are fickle friends. Except for lapata and farangi neÃ© steve marlowe. Those two are legit.

There are some visions of the future. I want to bring the academic world more squarely into CM. Discuss journal articles, do more history posts, be snarky and caustic, again. There are talks of publishing some books. Starting a e-magazine with some friends & c. But, of course, nothing until we get Obama elected, eh?

This much though is true, nothing would be possible without you, my gentle readers. Thank you for continuing to show up, for reading, commenting, emailing, sharing. Spread the Love.

1. Hiphopistan - Yogi B and Chee Malabar! & others. The brain-child of man-genius Samip Mallick, this incredible event will shake the cobwebs off Foster Hall. I am going to insist that they turn it up to 11. April 17-19th. The linkages betwixt desi academics, desi hiphop and my hood need to be far stronger than they are. Hiphopistan is a step in the right direction. Do Come!

2. Speaking of desi academia and popular culture: Interjunction - an edited multiblog aimed at facilitating conversations between the media and academia has recently launched. It is something that I will be reading and you should too. Check out their mission statements, as well.

jerk. i was an alpha tester for cm.

You are correct, sire. Amendment made.

Congratulations! I've been reading CM for all of your four years! Cheerio.

Many congratulations Sepoy! Needless to say we love this space, so (plagiarising Nitin here) keep mystifying them chapatis!

Hoo-ray! Many happy returns. I been reading since summer? '04, but it took another year or so before I started talking back. Don't know if I ever mentioned this, but a few months ago I was looking at something in the archives, from 2005 I think, and came across a some threads featuring conversations among three people who are now frequent company at my dinner table. Two were commenting under different noms de internet, and only one (not me) even lived in NYC at the time. How funny to realize we were all hangin out here before we met otherwise: bahut shukriya for building a place that could make it happen.

congrats on the 4-year anniv. i think the 'punjabi rapper' post from way back might count as prior art for hiphopistan.

Four years on, have we actually found out what they baked into those chapatis? congrats, FHM

This is the one blog I check on a daily basis, so kudos to CM. And I thank CM's thread on Secret Internet rendezvous from 4 years ago for entertaining laughs. Also, much gratitude to Sepoy for letting me comment even when I've been unnecessarily snarky and sharp :) And the rest of stuffs.

I think you've been on my quicklinks for just under 4 years. By that index, you're more successful than the BBC. Congrats on keeping it up!

I'm glad I'm not the only one... happy birthday CM!

been reading for the past year or so.great job. keep batting.